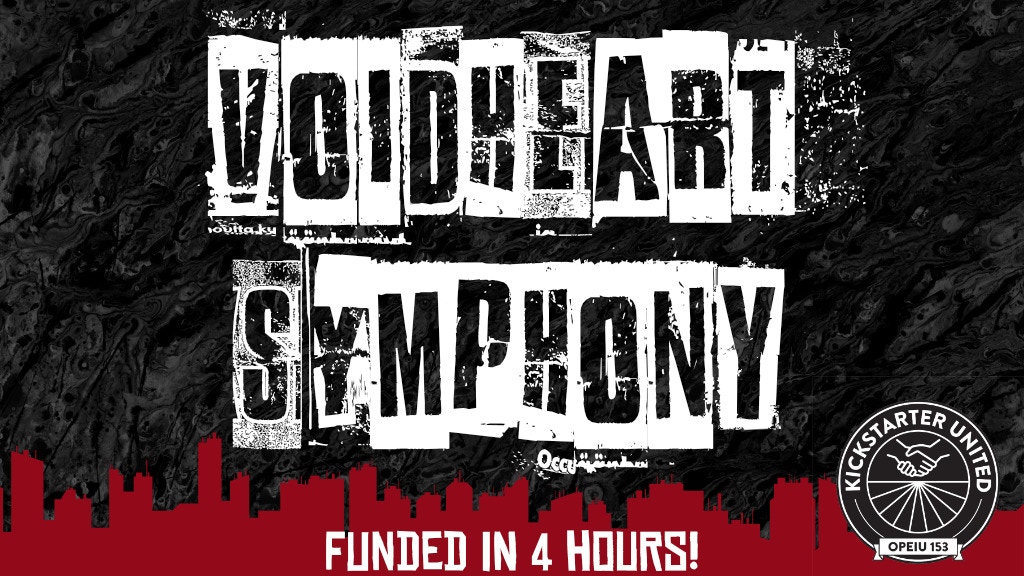 A tabletop roleplaying game of psychic rebellion in the shadows of the city, powered by the apocalypse.

Latest Updates from Our Project:

I'm sorry this update is landing later in the month than I would have liked, though there's a serendipity to it - today marks the 2 year anniversary of the day I opened a new text document, titled it 'Modern_Rhapsody.doc', and wrote what is now the intro paragraphs to this game.

It's been an incredible two years, and though 2020's had plenty of upsets and challenges I'm so grateful that I've been able to spend it working on this game, with your help. Today I've sent out version 0.9 - check it out on itch.io here - and the game's now very close to completion. This version brings new art, a rewritten Captive playbook, altered combat moves and a few other changes.

I'll be sending the text that's already complete to my editor tomorrow, leaving yet to be completed only...

I hope your new year brings you joy and happiness – thanks once more for your support!

I've uploaded a new version of VHS to itch.io! Head to your library there to grab it and take a look at all the new stuff. As a broad overview, this version brings:

What's left? Before I mark this game as finished, I want to include:

I'd like to still get this to you, at least in PDF, by the end of the year - I'll keep you updated. And because this is taking longer than desired and definitely won't start shipping before the terrible fist of Brexit closes on my damp, sad island, I'm going to hold off on charging the Backerkit until I know the book's done and ready for print.

Thanks again for your support - and once again, if you want to talk about the game, feel free to email mina@ufopress.co.uk or join our discord!

Hey folks! The new version is now up on itch.io at  https://ufo-mina.itch.io/voidheart-symphony

And there's plenty of other smaller tweaks! Let me know if you have any issues accessing the new version, and also let me know what you think.

And as a reminder, if you want to be listed as a playtester, get in touch via Kickstarter message here, at mina@ufopress.co.uk, or join in with our discord community at https://discord.gg/UBSbZe

Hope you're all keeping well! Just a quick update today let you all know where things are at.

First up, we have a cover, from the excellent Adrian Stone. I'm very happy with it! I'm still putting together ideas for what the more minimalist Shadow Edition will look like, but I'll keep you posted.

So, how's production going? The last month has had me devoted to getting Shattered City done, but now that it's out to backers I'm turning my full focus on Voidheart Symphony. I've also been running a bunch of playtest campaigns, focusing on the day-to-day grind of the investigations and the overall campaign arc. I'm hoping to have a new version of the game out by the end of this month, including:

And here's my production timeline now:

First up - it's been a tough week for anyone who cares about social justice and the fight for a better world. The cruel and racist actions of police departments across the US have cast into stark relief the urgent need for change - across the US, but also further abroad. If you care about the stories Voidheart Symphony is here to tell, I'd ask you to pay close attention to what's happening right now, listen and learn from the folks on the ground, keep pushing for justice even as the system cracks down or offers meaningless compromises and scapegoats, and give what you can to the groups working on all of this and putting together a dream of a better world. Here's some suggestions:

And if you want to grab some games while you send money to good causes, this bundle is a ludicrously good deal: https://itch.io/b/520/bundle-for-racial-justice-and-equality

That all was weighing heavily on my mind as I wrote this draft of the Penitent. This playbook presents a character who has realised the horror of the system they're complicit in, and dedicated themselves to its destruction - but their immersion in the castle still stains their actions.

How do you unpick the assumptions of a life of privilege? How do you wield the power you still retain, without causing collateral damage? Can you hold onto the fervour and compassion that lead to you taking a stand, or will you end up taking the easy way out?

And - I'm writing all this as someone who's white, university-educated, and British. I don't have the answers for how to be a good person who's completely cast off the mindset of white supremacy, colonialism and systemic inequality - only that the work is important, and the work is never done. If there's something in this that doesn't read right to you, or leaves a bad taste in your mouth, get in touch.

This is a pretty complex one, mechanically - a lot of its is mechanics are focused around twisting your options in the city, and governing the balance of penance and moral transgression.  But then, it's also a pretty complex character thematically, so I'm ok way that. If you want to play this character, it's important to be clear about what you're going for with them, what particular abuses you've inflicted before the story starts, and be sure that your group is alright with that.